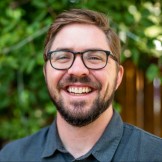 Good afternoon Ms. Chair and members of the committee.

My name is Jack Todd and I’m here today on behalf of Bicycle Colorado and the millions of people who ride a bike each year in our state. I’m also here speaking with all vulnerable road users in mind, including people who walk and use wheelchairs.

Bicycle Colorado asks for your vote in support of HB 1028, to reduce crashes between motorists and vulnerable road users where they happen the most: Intersections. The bill gives bicyclists and users of low-speed conveyances a safe and legal option to avoid conflict and proceed through intersections when they have the right-of-way.

Here is a look at the numbers:

When bicyclists are able to get out of the intersection and away from conflict before a potential crash can even occur their safety improves. That’s what passage of this bill makes possible. Every piece of data we have points to this being safer for bicyclists.

I’d also like to underscore the importance of the statewide adoption of this maneuver. Community-by-community adoption creates a patchwork of places where this is and is not allowed. It is unrealistic to expect bicyclists to know where they can and cannot do this maneuver legally, and providing a legal choice statewide eliminates that confusion.

It also signifies an important step in creating consistent, uniform bike laws across the state, just like users of motor vehicles experience. This is essential for encouraging bicycling as a sensible, safe and sustainable form of transportation, which Colorado has espoused as a value for years.

Finally, I’d like to note that in legalizing this maneuver for vulnerable road users like bicyclists statewide, Colorado would join a wave of other states to adopt recently, including Utah, Oklahoma, North Dakota, Washington, Oregon and Arkansas.

This is sensible policy that keeps your constituents safe, and I ask you to support it. Please vote yes on House Bill 1028. Thank you.

About the Author: Jack Todd

Born and raised in Denver, Jack grew up riding his bike in the Queen City, and has been addicted to life on two wheels ever since. Jack has lived in Seattle and Copenhagen, Denmark, where he experienced first-hand what a difference extensive people-oriented infrastructure can make! As Director of Communications and Policy, Jack works every day to connect Bicycle Colorado staff, advocates around the state, and local and state decision makers to advance bicycling in Colorado.

Thank you! This legislation is fantastic! It is about time!!!

Thank you for your hard work on this (and other) issue! As a avid cyclist and daily bike commuter I’ve been waiting for this for a long time.

Any word on whether/when Governor Polis will sign the Safety Stop bill?

Hi Bill, great question. We are still awaiting official word on whether the Governor will sign the bill, and will keep our members and subscribers in the loop as we learn more.

This info doesn’t explain what maneuver is allowed or what a safety stop is?

Hi Joe, and thanks for your note.

We are still awaiting the Governor’s signature on the bill, so this is not legal statewide yet. When legalized, bicyclists will be able to treat stop signs as yield signs and treat stop light as stop signs, proceeding only when the coast is clear and they already have the right of way.

Bicyclists can proceed at up to 10 mph. This applies only to bicyclists ages 15 and up. Younger bicyclists may do so when accompanied by an adult.

Please keep us informed even though I already do this even though I’m not always sure which areas allow it and which do not.

Hi Suzy! We’re excited to announce that as of yesterday, April 13, the Colorado Safety Stop has been signed into law and is effective immediately. It will be allowed statewide except in any community that has put up bike-specific signs or signals indicating that bicyclists need to stop.

From the wording on https://leg.colorado.gov/bills/hb22-1028 it sounds like a left on red is only allowed onto one-way streets. Is this how this is supposed to be interpreted? Cannot take a left on red even when there is no traffic?

“When approaching an illuminated red traffic control signal, the person must first stop at the intersection and yield to all other traffic and pedestrians and then, when safe to do so, may proceed straight or make a right turn through the intersection or, subject to specified conditions, make a left turn onto a one-way street only.”

This is correct. This was included in the bill because in the event that there is traffic on the opposite side of a red light, a bicyclist may not be aware of an “opposing signal” — a green light that opposing traffic may have. Bicyclists would then be at risk of a broadside crash if they were to take a left turn.

The Powerline Trails bill could have big implications for multimodal transportation