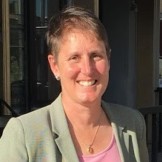 The 2022 Colorado legislative session kicks off today, and we’ll be there working to make bicycling safer for everyone who chooses to or needs to ride a bike.

This year’s top focus is passing the Colorado Safety Stop statewide. The Safety Stop will allow bicyclists and other small-profile, non-motorized road users to legally treat stop signs as yield signs and stop lights as stop signs, proceeding only when the coast is clear. We’re working on this because intersections are by far the most dangerous locations for bicyclists, in Colorado and elsewhere. Data from the Colorado Department of Transportation (CDOT) covering 2017-2019 indicates that 72.2% of reported crashes between bicyclists and drivers took place at intersections or were “intersection related” in that time frame.

When bicyclists are legally able to get out of the intersection and away from that conflict zone before a potential crash can even occur, their safety improves. Data from other states backs that up:

Road safety benefits for all users include:

Beyond our top priority of improving safety on the roadways there are a number of other benefits that come from adopting the Safety Stop statewide, including the fact that it:

This isn’t just a Colorado issue.

Where is the Safety Stop in place nationwide?

This year’s bill has been approved by the bipartisan Transportation Legislative Review Committee and already has six sponsors and cosponsors, including Representatives Andrew Boesenecker (Larimer County), Meg Froelich (Arapahoe County), Matt Gray (Boulder and Broomfield Counties), Edie Hooton (Boulder County), Tom Sullivan (Arapahoe County), and Senator Faith Winter (Adams County). It will be introduced in the House of Representatives in the coming weeks.

Learn more about why the Safety Stop should be statewide here.

In addition to the Safety Stop, we’re focused on improving bicycling safety and accessibility in the 2022 Colorado legislative session.

We’ll be partnering with the Southwest Energy Efficiency Project (SWEEP) on Powerline Trails legislation from Representative Boesenecker that will make it easier for communities to partner with their utility providers to build long-distance multimodal walking, hiking, and bicycling paths underneath these powerlines. This doubles the value of these community assets and makes use of under-utilized land. Similar to “rail trails” along old railroad easements, these powerline trails:

Learn more about these powerlines here.

We anticipate working with sponsors Winter and Gray on their Clean Commutes bill, which will incentivize employers to create programs that facilitate greener commuting behaviors by their employees, including shifts toward carpooling, telecommuting, and public transit. The bill is not yet drafted, but you can learn a bit more from Colorado Public Radio here.

We’ve been in stakeholder meetings with Senator Joann Ginal (Larimer County) and the Colorado Attorney General’s office on legislation that will further eliminate Coal Rolling (purposefully blasting road users with diesel smoke) by prohibiting tampering with a motor vehicle’s emission control system, and by prohibiting selling, owning, or operating vehicles with emission control systems that have been tampered with. Current owners of vehicles capable of coal rolling will have a grace period of one year to report their vehicle and to bring their emission system in line with state standards.

We’ll be working on the state budget bill throughout the 2022 Colorado legislative session, ensuring and enhancing investments in multimodal transportation statewide—including additional investments in eBike rebates and programming like those we’ve championed and free transit during Colorado’s ozone season—and defending against investments that will make existing problems around transportation, land use, emissions, and Coloradans’ quality of life worse.

We’ll also be paying attention to bills surrounding distracted driving, roadway speeds, and defending against any legislation that puts an undue burden or risk on bicyclists as they travel or recreate.

How can you get involved?

Just like every year, we’ll rely on our members and supporters to raise their voices during the 2022 Colorado legislative session. Make sure you’re signed up to receive our action alerts by filling out the form below, and stay up to date on the latest news by visiting our Current Issues page. We’ll reach out to you when your legislators have a say on any of the legislation we’re working on and need from you.

Thank you for your advocacy!

If you’d like to support our work, consider becoming a member or making a donation today.

About the Author: Piep van Heuven

Piep heads up our efforts to make Colorado the best place to ride a bike for anyone who chooses to ride. She connects with elected and appointed officials around Colorado to promote and support better bicycle and multimodal infrastructure and policies.