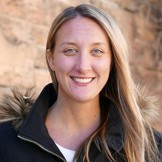 My first century ride: A journey of more than just miles

When I decided to sign up for my first century ride, I wasn’t exactly sure what I was getting myself into. A friend and volunteer at Bicycle Colorado had spoken to me several times about completing a “century,” sharing in detail the training, the event itself and all the excitement, camaraderie and sense of accomplishment that surrounds it. As the summer bike event season was fast approaching, I took a leap of faith and was soon rider #230 for the Santa Fe Century.

Having been a road bike tour guide for five years prior, many friends and family were surprised that this was my first century ride. While many congratulated me and thought it was a cool and interesting challenge, the majority looked confused and shook their heads as to why anyone would willingly pay to ride 100 miles. While I had some of the same thoughts, it was time to push them away and start my training with the event only a month away.

I was thrilled when my fearless roommate decided to sign up with me a couple of days later. Together we rode once a week, picking difficult routes or challenging climbs, trying to get in as many miles as we could. By the time the ride was only a week away, we were both feeling pretty good and excited about the adventure.

Those motivated and inspired feelings quickly vanished on ride day as “pre-race” nerves kicked in and we saw packs of fit riders in full team kits roll up to the start. Panicked thoughts like if my tire repair kit was up to date, if I’d brought enough granola bars and if I had enough sunscreen to last the ride filled my mind. But in the end, we took a deep breath and headed for the start line and rolled out, following any group of riders willing to help us through the labyrinth of the first two miles. After ten miles my nerves finally settled. Soon enough, we were actually having fun. What a concept! We’d formed a casual  group of ten riders and they immediately became close companions, sharing stories and tales of where they were from and what brought them here today. At one support stop we met Melissa from Colorado Springs. Like us, this was her first century. She’d come to the ride solo and was so excited to be riding amongst new friends in the beautiful desert of New Mexico.

Soon I ran into a father and daughter duo. Thinking that they were just locals out on a weekend ride, I suddenly realized that they were participating in the event too. The father proudly claimed that his 13-year old daughter had developed a passion for bicycling and begged him to take her on his next big ride. While they were doing the twenty mile option, the joy of sharing part of the journey and accomplishment together was most rewarding.

At the support stop before the dreaded “heartbreak hill,” I was feeling sore but empowered to continue on until the end. On our way up, our new friend Melissa from Colorado Springs was headed back down. While she didn’t complete the century, she had gone farther than she ever had dreamed and had even dominated the hill challenge. Needless to say, many high fives were shared on the side of the road that day. Continuing on, we trailed Lisa, a midwife on sabbatical from Wisconsin, Larry, a Vietnam vet, Lily, a pharmacist from New York and a group of friends from Arizona who did a century ride every year as an excellent reason to meet up.

The last twenty miles was somewhat of a blur and soon only a few of us were left on the road. Yet, we took our time, stopped when we needed and encouraged each other when we started to lag.

Riding over the finish line, we were the last two riders to roll in. While the big crowds from earlier had thinned, we were thrilled to see two of our friends, cheering us on and sharing in our sense of accomplishment. Our spirits were high and we celebrated that evening having accomplished our personal goal of completing a century ride! For us, and for many, a century ride is more than just bragging rights. It’s about setting your own personal goals and expectations. It’s about camaraderie, physical and mental strength and just getting outside, in someplace new, on the bicycle. But above all, it’s about meeting all the amazing people along the way, because without them, it’s just a bunch of miles.

Epilogue: Since the Santa Fe Century Ride, Claire is now hooked. Having ridden 85 miles at the Denver Century Ride with co-worker Piep, she is now signed up for the Tour de Steamboat. About the Author: Claire Peters

Claire manages the exciting events that we host, including the Colorado Bicycle Summit and Gala Celebration. She believes strongly that people can be empowered through access to safe and extensive bike routes. She can be found bike touring or participating in any outdoor adventure Colorado has to offer.

Thank you for sharing your story! Very inspiring!
I may just have the courage to attempt a century ride…

Bicycle tax would be bad for Colorado