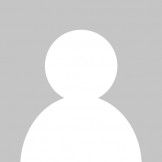 Earlier this month I attended my second ever Colorado Bicycle Summit where business people, advocates, politicians, planners and everyday bicyclists unite to advocate for biking in Colorado. For me, the summit breaks down into three core parts: education, networking and advocacy. The first few hours are spent together listening to keynote speakers that included Gabe Klein, former Director of Transportation in Chicago and Washington DC, Kelly Brough of the Denver Metro Chamber of Commerce, and the governor of our fine state, John Hickenlooper. It was amazing to listen to Gabe Klein talk about the changes that DC and Chicago have seen thanks to a bike-supporting Mayor. It was also very encouraging to hear that bikes matter to our city’s Chamber of Commerce. The Governor seemed energetic to continue pushing mode change in Denver and the surrounding areas. He threw out a quote that “Portland has reduced automobile use by 20%, with $1.1 billion savings.” This type of data is motivation to businesses and citizens of Denver. It would be smart for advocates to carry statistics like this in our pockets when trying to sway people to choose a bike or public transportation. After lunch we broke out into smaller sessions, and I was first drawn to the Forum on Women and Bicycling. As a woman in the bike industry I have been to many seminars to promote women riding more. This year’s summit took it in a different direction from other seminars I’ve been to by hosting a panel of newer riders who each told the story of how they got started and talked about the barriers they had to overcome.

As simple as this sounds, it was rather ground breaking. Once people become avid bike riders they often forget how scary or intimidating starting out can be. These women reminded us of this and I walked away wanting to continue to break down barriers for those beginner riders.

From the women’s session, I moved on to Accelerating Change Through Pilot Projects. I learned that cities like Boulder and Pueblo are doing great things by setting up on-street demonstrations of bike facilities to get buy-in. The City of Pueblo measures retail sales, traffic volumes, travel time, crash rates and other statistics to gauge success for their bike demonstrations. Finally, at the end of the day is a happy hour where beer is flowing to encourage networking. It was a great opportunity to meet other like-minded people, or to circle back with presenters from the seminars. I was able to talk at length with a professor at UC Denver that is working on an annual Denver bike survey. Also, I learned more about a new bike lifestyle print magazine, BikeLife, which is coming to Denver in late 2015.

Overall, from the first day of the Colorado Bicycle Summit I took away:

The buzz at the summit was contagious, and I’m excited to see what advancements can happen in 2015 from this summit.

Why shouldn’t streets be complete?