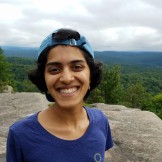 How bicycling can help support your mental health

With the COVID-19 pandemic forcing people around the world to stay home and practice social distancing, we might all be feeling a little bit cooped up and stressed out. For those of us who are well, bicycling can still be a way to de-stress and get necessary physical activity. So, over the next few days, Bicycle Colorado will be putting out a short series of articles on how bicycling is still a great way to keep ourselves happy and healthy. The information in these articles applies every day, but even more so in these weeks to come.

Today, we’re talking about how bicycling can help you maintain and improve your mental health. We discussed bicycling’s benefits for your physical health on Friday.

We know these are anxious times, given the COVID-19 outbreak, work disruptions and uncertainty about when things will settle down. As a nonprofit organization, Bicycle Colorado is feeling the stress too. However, as a bicycle advocacy organization we’d be remiss if we didn’t point out that many of us do have a great stress relief machine right under our noses—our bicycles!

In our last article, we wrote about how your physical health can be improved by riding bikes. Now, let’s talk about mental health. The two are intimately linked, of course. Feeling good about your physical health and having a healthy body includes mental and emotional health. Let’s dig a little more into how exercise—and especially bicycling—can help you maintain your mental well-being during the next few months and anytime. Mental health can be defined in many ways. The confidence, endorphin rush and time spent outside when bicycling can help improve mental health and positivity. We mentioned in the first article in this series that a good bout of exercise releases endorphins from your brain and other parts of your nervous system. These hormones are natural painkillers in the body and promote feelings of happiness and well-being. Endorphins are behind the feeling of a “runner’s high,” which is by no means exclusive to people running! You’ve probably felt it before on a fun ride, too. Now is a great time to hop on your bike, get your blood pumping a little and feel those endorphins flowing.

The positive emotional effects of bicycling can be helpful for folks with mental illnesses and for people who need a pick-me-up in general, especially in times of uncertainty. In 2018, a six-week pilot program in Scotland examined the mental health benefits of mountain biking for a group of people experiencing mental health difficulties. Ten participants embarked on a two-hour ride with qualified leaders and volunteer support. While the program is still being evaluated, program staff observed “some genuine progress being made in terms of personal resilience, self-efficacy, social skills and confidence.”

A study in The Lancet, also from 2018, discovered that among different types of exercise, duration, frequency and intensity, bicycling was one of the top activities that helped reduce mental health burden in study participants. The authors specifically noted that exercise with a duration of 45 minutes and frequencies of three to five times per week were especially helpful in supporting mental health. If you are still required to work from your office, and live within a few miles, why not try a bike commute? With the weather on the upswing, your ride can help you feel refreshed and focused on your way to work, and leave all your cares in the wind on your ride back. Research has shown that bike commuters value the exercise they get from active transportation, and report higher levels of mental health than people commuting by transit or car. If you don’t have your own ride, bike share might still be an option, as long as you wash your hands before and after riding and be sure not to touch your face or your cell phone!

Even if you’re not regularly bike commuting, riding your bike for at least half an hour every day can help shake off the stuck-at-home blues and get you much-needed exposure to fresh air and light. Being cooped up at home can be challenging in the best of times, but with the added pressure of the COVID-19 outbreak, we all need an outlet to move our bodies and set our minds to something positive. If you’re working from home, taking a quick ride can help you to reset and approach your work again with a fresh eye. Bicycling is a low-impact exercise that can help you feel bright and confident, and you might spot sights and hear sounds you probably aren’t experiencing at home or from a car.

Children can also benefit tremendously from getting to spend some time outside riding their bikes. In our last article, we talked about the physical benefits that kids can experience from exercise and from bike riding. Children get cognitive and mental health boosts, too. This infographic below from Active Living Institute shows that kids who get physical activity daily have better grades, test scores and ability to focus. CityLab has explored this connection between exercise and focus as well, and other research has indicated that children who use active transportation to travel places have better comprehension of their local geography than children who are driven. While kids aren’t going to school right now, this period of time at home is a great opportunity to consider a bike route to school when the situation stabilizes—you could even ride the route with your child together! Getting out for a ride down the street or even around the yard might help your kids work through some of their energy and frustration at being stuck at home as we all practice social distancing.

Why not hop on your bike today and see if it helps your mood?

And, if you’re riding, be sure to send us a picture to tell us about it by emailing info@bicyclecolorado.org or post it to social media and tag us!

About the Author: Aishwarya Krishnamoorthy

Aishwarya believes in bicycling as recreation and as transportation, and is excited to work to advocate for safer, more enjoyable bicycling for all. She works to communicate with and connect the Colorado community to Bicycle Colorado’s mission and goals.

Bicycling and the environment