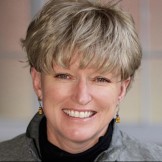 In Sept 2015, Governor Hickenlooper announced the Colorado Pedals Project. The goal? To make Colorado the #1 Bike State by 2020. This is part 4 of a 6-part series on projects we’re tracking and supporting that further the Pedals Project.

It’s bold. It’s ambitious. It is absolutely achievable but not without the Colorado Department of Transportation (CDOT) locking its proverbial jaws around every opportunity to include and expand investments in active transportation. With a $1.3 billion annual budget, CDOT has the single biggest impact on creating safe options for people to ride a bike. They accomplish this by incorporating bike facilities into resurfacing projects or by adding stand-alone, multi-use trails as part of a major corridor reconstruction or by asking communities where they have the greatest need to improve safe crossings and access for their most vulnerable road users.

CDOT is a massive and complicated agency with complex funding and even more complex restrictions attached to those funds. Even so, CDOT is doing good work related to bicycling across the state. We have been working closely with both headquarters and all five CDOT regions to represent your interests and further advance the goals of the Colorado Pedals Project. As we enter the second year of the Pedals Project, we thought it would be a good time to recognize current successes and look to even bigger ones on the horizon. ~ It is roughly the Southeast quadrant of the state and includes Colorado Springs, Pueblo, Trinidad, Walsenburg, Lamar and Bailey.
~ Includes 14 of Colorado’s 64 counties and 18.3% of the state’s population.
~ Has 4,932 state highway lanes miles, or about 21% of the total state highway lane miles in Colorado.
~ Is home to all or part of three Colorado the Beautiful’s “16 in 16” priority trails including: Ring the Peak, Colorado Front Range Trail, North Elk Creek and Arkansas River Stage & Rail Trail.
~ Region 2 headquarters is located in Pueblo and will relocate to a new building co-located with Colorado State Patrol’s regional facility in 2018. Karen Rowe is the Regional Transportation Director. Dan Dahlke is the designated Region 2 Bike/Ped Specialist Team.

“Region 2 is dedicated to improving and encouraging biking and walking as modes of transportation throughout the southeast portion of the state. We believe it starts from within and the Region 2 team walks (or bikes) the talk. Region 2 holds several trophies and awards, within CDOT as well as in our communities for employees participating in Bike to Work days. Our new headquarters building will feature a walking path and bike racks to encourage employees to be active.”

#1: I-25/Fillmore Diverging Diamond Interchange
The I-25 Fillmore Diverging Diamond Interchange, which was complete summer 2016, features a new pedestrian walkway in the center of the median. Traffic signals allow pedestrians to enter the interchange and cross over onto the median where then will continue to the second set of traffic signals, which transitions them back to either side of Fillmore Street. The sidewalk, which is on the eastbound side of the bridge is 14 feet wide. The DDI also features a 5 foot wide bicycle lanes eastbound and westbound on both bridges. The cost savings for this innovative design allowed CDOT to build the project sooner than originally planned. #2: I-25/Cimarron Interchange
The $113 million project at I-25 and Cimarron in Colorado Springs, which will be completed late this year, includes improved trail connectivity and aesthetic treatments. Pedestrian bridges will be added over Upper Fountain Creek and Monument Creek as part of the project. The Midland Trail will be realigned to offer improved, safer access to America the Beautiful Park. The project will also enhance and improve connections with Bear Creek Trail and Pikes Peak Greenway Trail.

#5: Bike to Work Day
Region 2 had riders from Pueblo, Colorado Springs, Lamar, Sugar City, Fairplay and Eads take advantage of Bike to Work day on June 22, 2016. Special events were held throughout the region for those who decided to make their way to work on two wheels. For the third consecutive year, Region 2 took home the CDOT traveling trophy for highest percentage of employees participating in Bike to Work Day.

#6: Colorado Downtown Streets Workshops in Woodland Park and La Junta [March 2017]
Colorado is experiencing a steady increase in population and tourism, and with this comes an interest in revitalizing downtowns and main streets. Through a partnership between CDOT, CDPHE, DOLA and Community Builders, half-day workshops are being held in March to help communities learn how to strike a balance among the many demands facing their downtown streets. Workshop attendees will learn how to communicate and work with state and local agencies, identify problems, consider solutions, and get projects built to improve their downtown. The workshops are designed for community residents, engineers, planners, advocates, and anyone else interested in making their downtowns better. Workshop attendance is limited so those that are interested are encouraged to sign up now.

Even more good things are happening at the local level thanks to federal pass-through funding.

About the Author: Rachel Hultin

Rachel works with agencies, organizations and communities to ensure Colorado becomes the best state in the nation for riding bikes. Her passion for all forms of active transportation fuels opportunities for successful collaboration. When not talking shop, Rachel enjoys hunting for street art with her family and volunteering in her community.

Save the ’Zone: empowering car-lite champions in Lakewood!