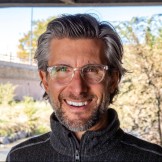 Many years ago, when engaged to my now wife, I was about an hour late returning from a ride. I did not call or answer the phone when it buzzed in my back pocket. I didn’t even think of it. We had no plans that afternoon, and it was warm and sunny with just a slight breeze; it was a perfect day to ride, so I added a few miles to my route.

I didn’t think much of the decision, but when I walked in the door smiling ear-to-ear, high on endorphins, my fiancée gave me a piece of her mind. I stood there in silence, surprised by the outburst that felt so uncharacteristic. A few days later, I learned the source of her anger: she was afraid I was hit by a vehicle driver and lying on the side of the road. My wife is by no means a worrywart, yet to this day she fears for my safety every time I ride. It’s not a powerful, paralyzing-type fear but a quiet inner voice that says to her, “This could be the day.” And although I rarely contemplate disaster scenarios when I ride, that same thought occasionally crosses my mind as well, and for good reason.

We are in the midst of an unspoken, seemingly unnoticed public health crisis in Colorado. From 2002 through June of this year 234 people were killed while biking on our roads in addition to more than 1,200 people walking. Those numbers don’t appear to be slowing; since the start of the year, we’ve lost six people on bikes to crashes with motor vehicle drivers:

There have been far too many tragic days involving bicyclists and pedestrians killed on Colorado’s roads. Sadly, there will be more tragic days to come unless more people stand up and demand change.

The good news is that it does not have to be this way. I know this because I see positive change in communities around the world. Our challenge is not one of discovery; we know what to do and it’s not rocket science. We must fund and build safe, accessible places to ride for bicyclists of all abilities; we must create programs to educate the driving public on how to respect other road users; and we must pass laws that prioritize the safety of vulnerable road users.

The challenge we face is one of will, starting with the people we elect to serve in government and the individuals they select to lead government agencies. There is no gentle way to say this: many of our public leaders are letting us down by failing to invest in infrastructure and pass laws that protect vulnerable road users; the decisions they make on these issues are directly linked to traffic fatalities.

We also need the bicyclists impacted by these poor decisions to get involved. Based on our research, approximately two million adults ride a bike in Colorado regularly. We estimate that less than one percent is actively engaged in bike advocacy. 20,000 people advocating for safer bicycling and supporting their local advocacy organizations in a state of 5.8 million is far too few. More people, including those who ride, need to stand up and demand action from our elected and appointed officials.

So how do we get more people engaged? How do we raise awareness and understanding of our cause? I think about these questions often, especially after a bicyclist is killed. It starts with addressing two misconceptions that most people don’t fully grasp, including many bicyclists.

First, we can eliminate traffic fatalities. When people say, “Accidents happen” or “What can you do?” with a remorseful shake of their head in response to news of another fatality, they are surrendering to the false notion that some people will always die on our roads. We then cross our fingers and hope it’s never our time. In addition to being wrong, this false notion is problematic in other ways: it strips people of their power to make a difference, undermines hope, and normalizes something that should be far from normal.

Second, the safe places we currently have to bike and walk do not appear without advocacy. People just like you elect pro-bike and safety leaders and hold them accountable for their promises. Colorado has a rock-solid foundation of local and state nonprofit organizations and resident advocates fighting for this cause. Every week I’m humbled by people who work tirelessly, most on a volunteer basis, to make our roads safer. I am grateful beyond words for the work these people do, including my teammates. We must not only continue to do this work but increase the pressure we put on decision-makers to do what is right.

These two points explain why we advocate with such passion. Every person should understand these insights, which is why I have challenged myself to share them with my riding partners, neighbors and family members as often as I can. I hope you will challenge yourself to do the same. In the end, if someone values, let’s say, a bike path, we want them to ask themselves, “What can I do to create more of these paths?”

Next, people have only so much time and money. One privilege of my job is to work with people who give so much of themselves. These people are heroes in my book, yet we don’t need to ask people to be heroes to realize change. What we need is many more people taking just a few small steps. Collectively, these small steps will produce a significant impact.

So, what can you do?

Following Gwen Inglis’s passing referenced above, a few of my heroes took to the public airwaves to encourage action. I found these notes helpful, especially the emails from my friend Gary Harty from the Lakewood Bicycle Advisory Team. I have paraphrased a few of his points here in the form of three simple steps people can take to make a difference.

In the wake of a tragedy, emotion fuels our desire to take action. We attempt to make something good out of something so wrong. A spike in advocacy activity, especially when in response to trauma from loss, can lead to positive change. Now more than ever we need to sustain this effort over the long run and bring more people into the advocacy movement.

Please reach out to someone today about this important cause and ask them to take the above steps.

About the Author: Pete Piccolo

Since 2018, Pete has led as Executive Director of Bicycle Colorado. He works to make Colorado a better place to ride a bike for everyone who chooses to ride. He prioritizes relationship building, collaboration and creating a strong, effective team to lead the way. Want to chat with Pete? Send him an email at pete@bicyclecolorado.org.

Thank you Pete. This is so well said. It is important to note that the current status quo is unacceptable regarding the favored mode of transportation. Jason Slaughter has said it very well in his video blogs on NOT JUST BIKES. Here is an episode that resonates very strongly. https://www.youtube.com/watch?v=uxykI30fS54 And you don’t need to travel to Houston to find examples like this. They abound on our front range of Colorado.

Pete, Thank you for getting the word out on how we can all make a difference on preventing these tragedies. Also, Pete, thanks for your great job on facilitating Bike Jeffco’s Cycling Vision Zero Workshop. We plan to drill down on some of the points made in the workshop in subsequent meetings. You are so right. It can be done!

please click on the link in Gary Harty’s comments above. The youtube video is very well-done and may just motivate you to get more involved.

Wrapping up the 2021 legislative session